GOOGLE CARBDOARD MARKETING - HERE IS HOW!

Is Google Cardboard, or virtual reality, only for nerds? Maybe in the perception of the media, but the reality is quite different. When Google took stock at the I/O in May 2015, after one year, even the project manager was surprised. 1 million Cardboards were in circulation at the time. In January 2016, it was already 5+ million. The unofficial numbers were an estimated 8 million in January 2016. Until today (July 2016) the 16+ million mark has certainly been surpassed.

Why is Google Cardboard so successful? It’s intuitive. Insert your smartphone, look through it, done. Something similar has existed before: Nintendo’s Wii reached the wide masses with its intuitive principle and wrote business history. Microsoft and Sony still dream of that today. Central point: Google Cardboard is intuitive and, therefore, suitable for every age and user group.

However, the most relevant thing for companies & brands is that Google Cardboard is inexpensive, can be produced quickly and, above all, that it can be printed and personalized individually (neo-German Branded Google Cardboard). Not for nothing, “virtual reality agencies” (or ones that call themselves that) are popping up everywhere. But if you take a closer look at the implementations & apps, it gets gloomy: boring 360° videos and senseless apps that do not even work properly. Rather a flu-like infection than viral. Unfortunately, these value-free “fun” apps & videos are rather the norm than an exception.

The core issue seems to be the fact that marketing agencies & directors actually do not know what they should or can do with the new medium virtual reality. So,

Even if gamers develop, not much that makes sense comes out of it. That way, it feels like 50% of the virtual reality apps are rollercoasters. Motion sickness in all shapes and colors! Yes, there is also already cat virtual reality (Catlateral Damage).

360° video from passenger seat: innovation is quite different

So, what can be done? Do you play the conservative German: “In the good old days, things used to be so much better”? Become paralyzed by shock and bury virtual reality? No. People need to change the way they think:

Google Cardboard is an intuitive mass medium for everyone and should definitely be in the spotlight. However, real added value has to be created for the users. For this, everyone involved must have experienced and understood what real virtual reality means. Dare to try it out yourselves!

CARDBOARD USE CASES OF OUR CUSTOMERS 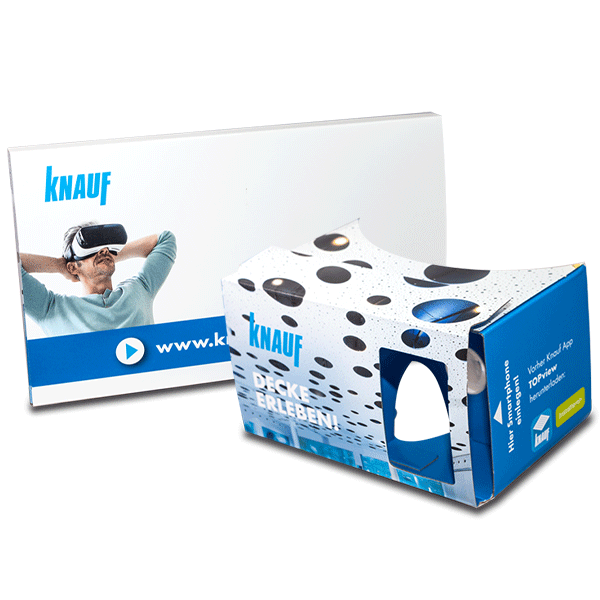 Our customer Knauf used their branded Google Cardboard to virtually show their customers how the ceiling... 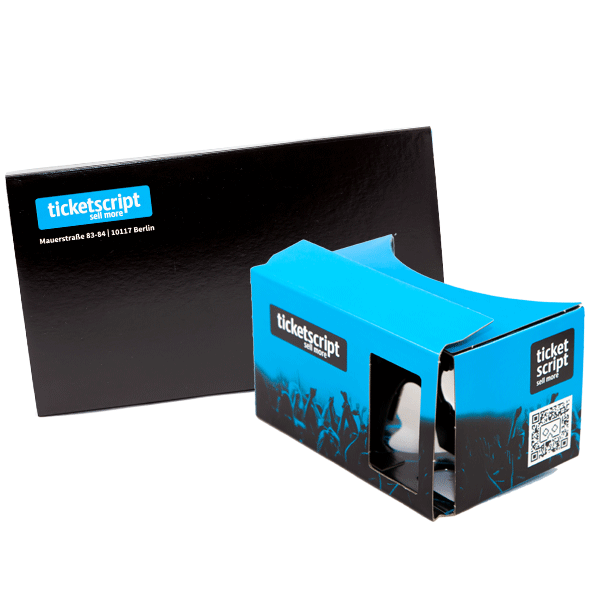 Google Cardboard as an invitation card for events – ticketscript

For an European-wide tour “A new digital world for Events” of the self-service ticketing service... 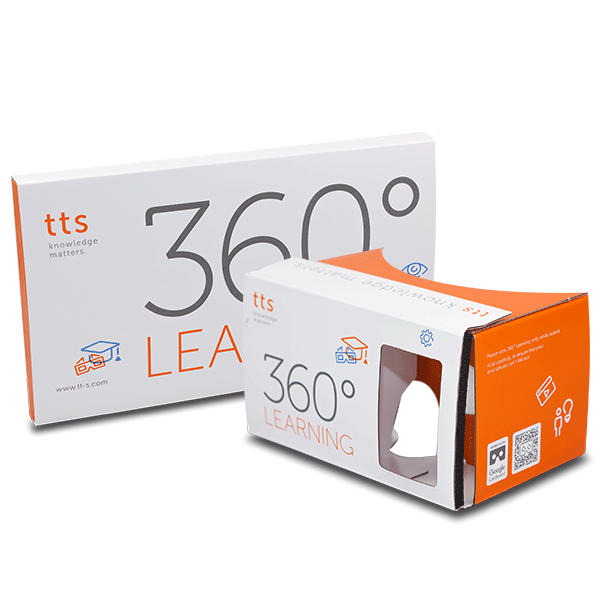 Google Cardboard eLearning “on the job” in Virtual Reality

Employees best learn “on the job” – so why not complement traditional learning methods with... 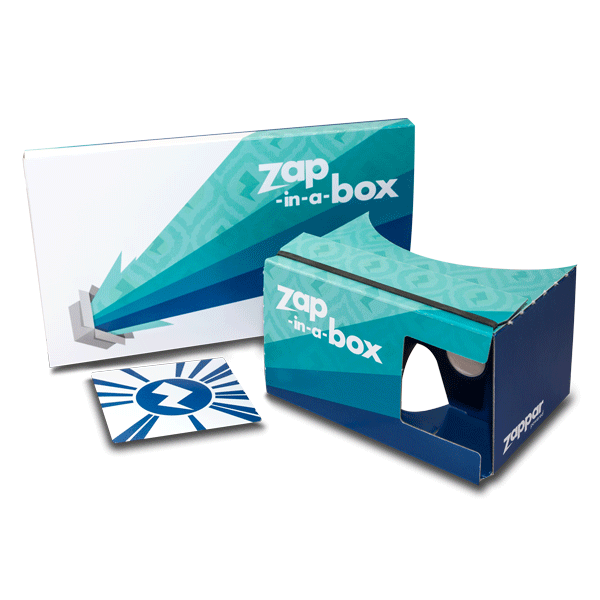 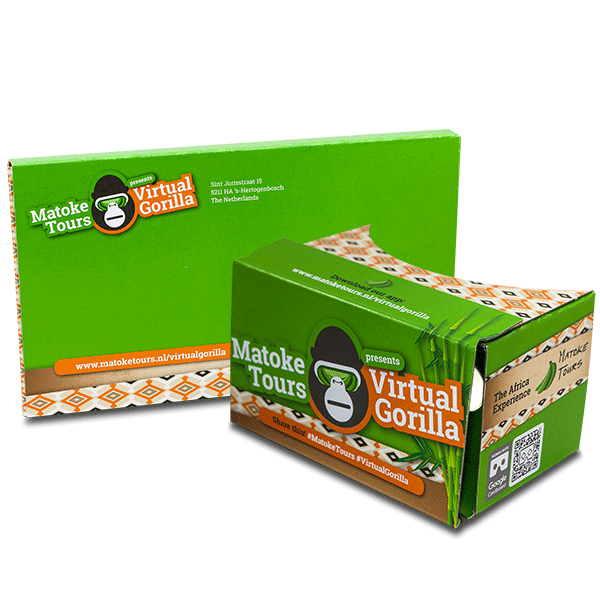 Our customer Matoke Tours brings with Google Cardboard for tourism the virtual travel to a... 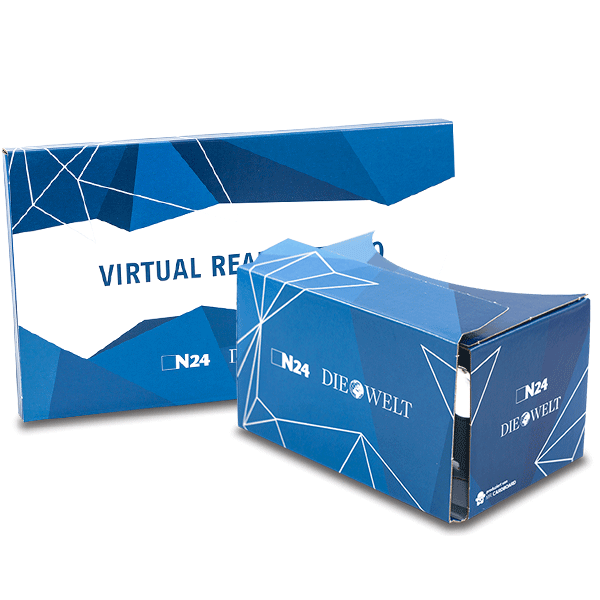 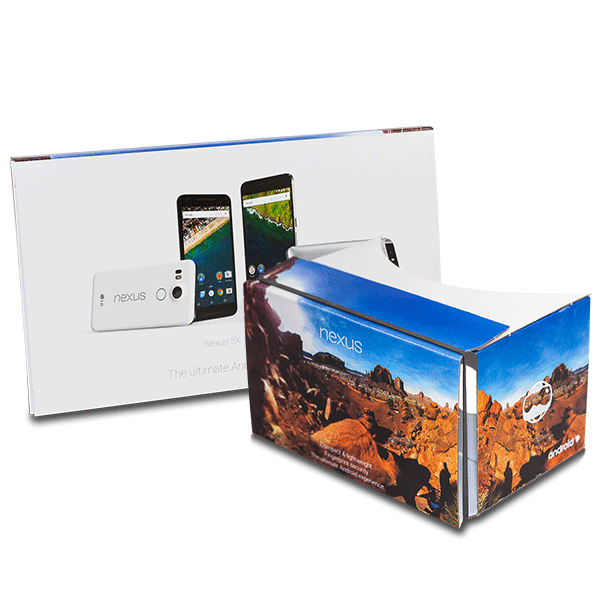 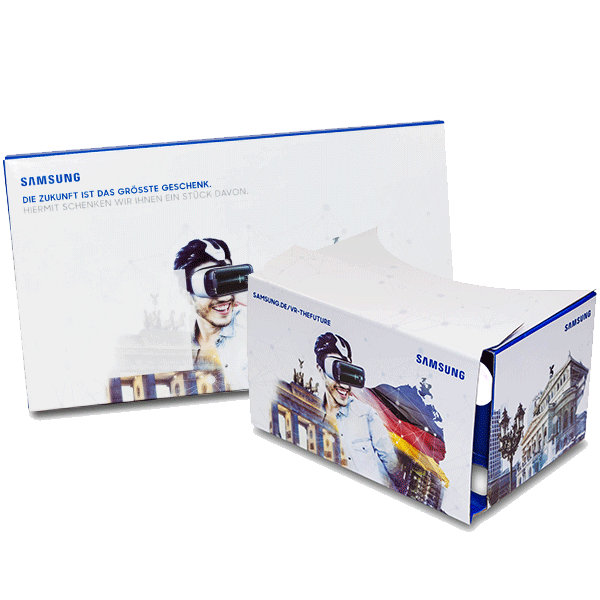 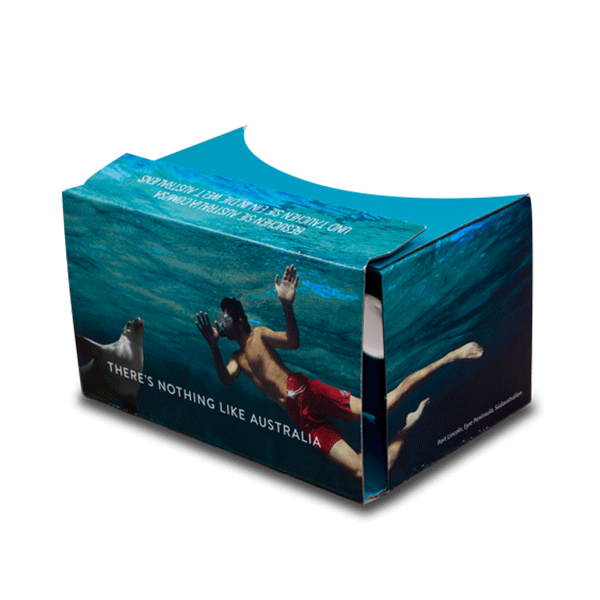 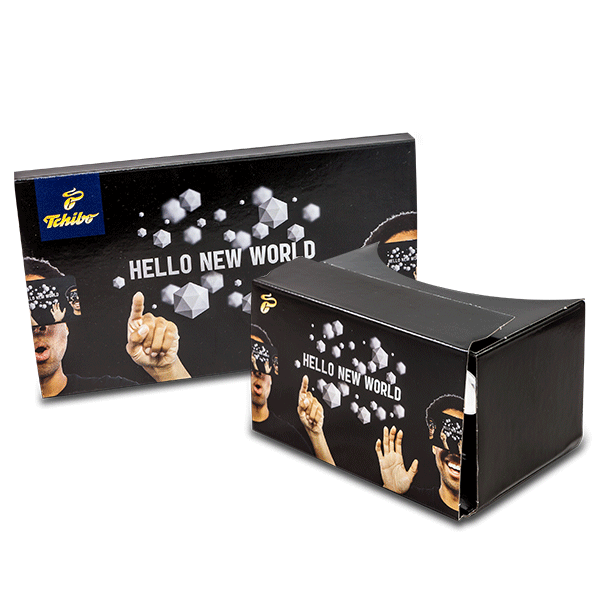 Google Cardboard for Retail and Wholesale – Tchibo and Networx 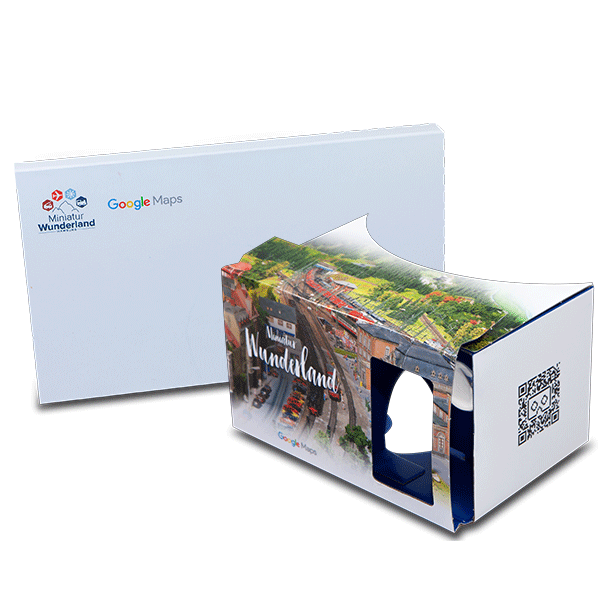 Google Street + Google Cardboard is a perfect match to promote your local business. Our... 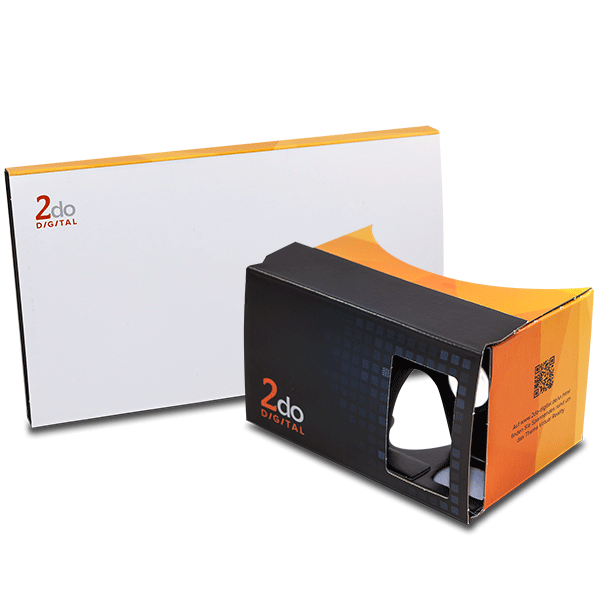 Do you also look for new ideas for a Christmas mailing of New Years Wishes?... 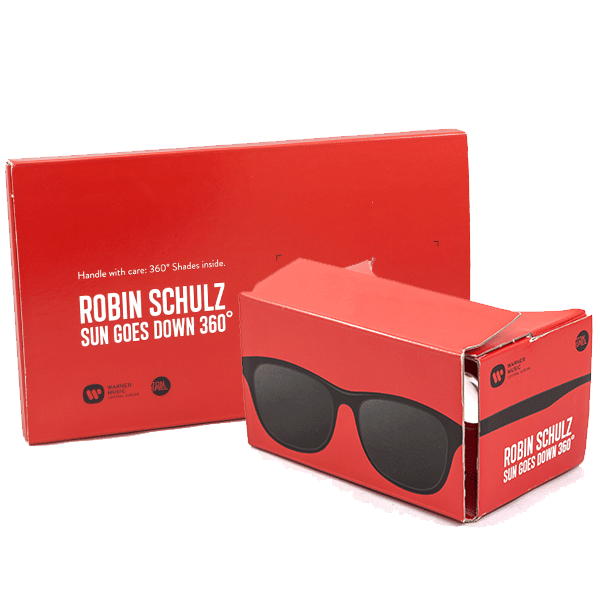 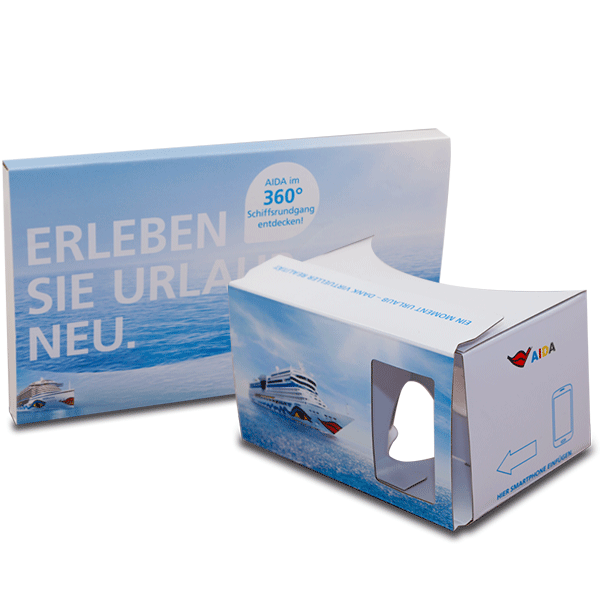 Google Cardboard for 360 tour on a cruise ship AIDA

Take a tour with your Google Cardboard though the fleet of cruise ships of AIDA and... 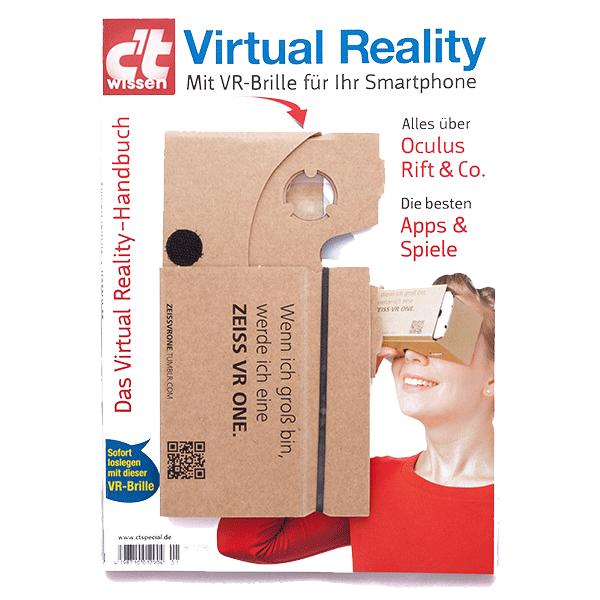 We use cookies to ensure that we give you the best experience on our website. If you continue to use this site we will assume that you agree with it.OkMore info